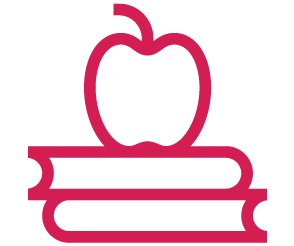 Choose from our small group and individual Italian language and culture courses. Learning Italian in Italy has never been so easy. 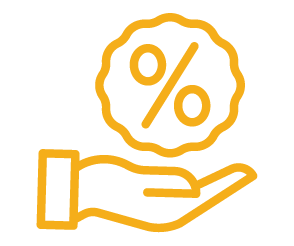 Look in this section for the offer for the Italian language course that's right for you! Studying Italian in Italy has never been so convenient.

WHAT THE SCHOOL OFFERS

Our Italian language school, in collaboration with local agencies and tour operators, organises a number of trips and excursions. Our staff are always happy to provide information about the area and organise visits to museums, evenings at the theatre, and nights out in local restaurants, bars or clubs. Our staff will organise games and treasure hunts where students can learn the language whilst having fun trying to solve riddles and win prizes.

SEASIDE TOWN, CAPITAL OF THE REGION

The chief city of the Marches lies as an amphitheatre on the hills surrounding its port. Of Greek origin, it was an important Roman city and later a flourishing Marine republic during the Middle Ages.
To see: Traian’s Arch, Roman Amphiteathre, Cathedral of S Ciriaco, Church of Santa Maria della Piazza, Loggia dei Mercanti, National Museums of the Marches (archeological collection), Municipal Gallery (Crivelli, Tiziano, Lotto, Guercino).

One of the main historic centres in Italy, with its welcoming 16th century Piazza del Popolo, heart of a rich museum-town.
To see: Roman bridges, noble towers, romanesque, gothic, Renaissance, baroque, neoclassical art, Archeological Museum, Art Gallery.The imposing and well-preserved buildings, the impressive squares and little roads, the famous monuments and the towers which characterized the urban landscape, make Ascoli unique in the Marches.
SSomebody says: "Ascoli is like a small Siena"

A NATURAL AREA BY THE SEA, RICH IN TRAILS

Mount Conerostrong> is an area of 8.000 hectares that has recently been made into a park. From the top of the mountain (572 m) our view extends down to San Benedetto del Tronto from one side and down to the sibillini mountains and to the hills - where the red wine ROSSO CONERO is produced - on the other. It is also worth noticing the special flora of pines, strawberry trees, holm-oaks, oaks laurels, chestnuts, maple-trees, broom flowers etc. ... but there is also the Badia, an old hermitage founded by the Romans in the 11th-century and transformed in the 16th-century. Inside, it is with three aisles supported by pillars and columns with beautiful capitals. Due to its geological characteristics, this limestone promontory that plunges into the sea guards a handful of delightful little bays and beaches only reachable by boat or through steep and breathtaking paths, which are really worth seeing..

A UNIQUE NATURAL SPECTACLE IN THE HEART OF LE MARCHE

"Discovered by mere chance in 1971 by a group of alpinists from Ancona, they have been open to the public in 1974. Over 10 million people have already visited these caves which have been called the eight wonder of the world. They are probably the most spectacular caves you are ever likely to visit. Equipped with with walkways and theatrical lighting, the caves include the awesome Grotta Grande del Vento, Europe's largest single cavern. It's so vast that Milan cathedral would comfortably fit inside and hosts some of the most extravagantly fanciful stalagmites and stalactites you are ever likely to see."

A CITY RICH IN ART AMONG THE HILLS OF LE MARCHE

Jesi is one of relatively few cities in the Marche to have kept a full circuit of walls. Built in the 13c on the remains of the Roman walls, they were reinforced in the 15c by the Florentine master architect Baccio Pontelli. Emperor Frederick II of Swabia was born here in 1194 and defined it as a 'royal city' and encouraged the development of the entire territory.
Home also to Giovan Battista Pergolesi in 1710, Jesi boasts numerous historical monuments: the Romanesque church of S. Nicolò; Palazzo Pianetti of the 18th century, in Rococo style, which houses the civic art gallery; Palazzo Ricci; Palazzo Colocci, today home to a museum of weapons, archaeological finds, paintings and mementos of the Marquis Colocci-Vespucci family.
The regional wine shop displays and sells D.O.C. wines produced in the Marche region. As for the events, these are gathered under the name of ""Jesi estate"" and from 23 to 25 September, they end with the patronal fair of S. Settimio in which over 400 exhibitors participate.

From the road towards this town, we can see the dome of the Basilica and its church-tower. Having reached the church we can see its magnificent ramparts of the 16th-century. Loreto is one of the capital cities of faith in the world.
According to a religious tradition (never confirmed by history), Christ's native home was transported here by some angels. It originally was in Nazareth, then, in 1291, the angels transported it to Istria and, a few years later, after a series of moves, to Loreto.

ITY OF SECRETS AND MYSTERIES

Osimo, is a noble historical town that is still very lively from a cultural point of view. In the Roman Age, it was a Commune called Auximon and in the Byzantine Age, it gained a relevant position in the maritime Pentapolis. In 1100 it became a free town and later it felt under the rule of the Malatesta and Sforza families. In 1975 a famous treaty between Yugoslavia and Italy was drawn up. In the Town-Hall some roman statues without heads are kept.
To see: Town Hall, Cathedral, Campana Palace, sanctuary of San Giuseppe da Coppertino.

HOMETOWN OF THE POET GIACOMO LEOPARDI

This town immediately recalls the great romantic poet Giacomo Leopardi and he tenor Beniamino Gigli. Recanati was a very important town in the early Middle Ages and during the following years. It was founded in the 12th century in order to withstand the sieges of the inhabitants of Osimo. Federico II allowed the town to build a port (Porto Recanati). Later on Recanati became the site of battles between the Guelphs and the Ghibellines. Having joined the Bishop's throne of this town to that of Loreto in 1592, the importance of the town rapidly decreased.
To see: various places linked to Leopardi, “B. Gigli” Museum, Municipal Gallery.

NATIONAL PARK FOR TREKKING AND HIKING

A mountain chain that rises in the heart of the Marches and reaches M. Vettore (2,476 mts.). A territory where the magic of the local nature, history and and culture have contributed in defining a unique and unrepeatable reality. Here in the mythical Sibillan kingdom the Monti Sibillini National Park was born in 1993 (with over 70,000 hts.), with the aim to save the environment. Also encourages the social economic development and favours the enjoyment of persons of different categories creating a "Park for everybody". The wolf, golden eagle, peregrine and numerous endemic species are obvious signs of a different and biologic richness that along with the charm of the abbeys and Medieval historical centers, spread in a crown form to the slabs of the mountains.They have determined an old and suggestive world where time has stopped to honour a reality of extraordinary beauty.

CENTRE OF THE ITALIAN RENAISSANCE AND UNESCO HERITAGE SITE

Its history is linked to the name of the Montefeltro family, whose most illustrious figure was the Duke Federico, the perfect incarnation of the Renaissance Prince, who made of his court an artistic coterie and of the town an architectural jewel. Hometown of the painter Raphael..
To see: the “Palazzo Ducale”, seat of the National Gallery of the Marches (Paolo Uccello, Piero della Francesca, Raphael, Verrocchio, Titian), Oratory of “San Giovanni”, Raphael’s house.

Guided visit to a famous wine producer firm located in the heart of the Conero area. The owner will show us the vine yards, the "cantina" and explain wine making techniques and methods. Then, the most interesting part: a rich tasting of different wines and gastronomical products in a nice and elegant atmosphere.

"Fermo, an ancient Roman colony, rich in buildings and monuments from the Augustan, Medieval and Renaissance periods, a city of studies. Worth visiting are the Roman Cisterns, the Renaissance Piazza del Popolo, the Palazzo dei Priori, the archaeological museum with Picenes and Romans remains and medieval works of art, the Aquila theatre and the many Romanesque churches visible among the narrow and steep streets of the large historic centre. Situated on top of Colle Sàbulo at an altitude of around 300 metres, stands the magnificent cathedral, dedicated to Maria Assunta. From the square that surrounds it, there is a splendid view of the sea, the surrounding countryside and valleys, the town below and even the Sibillini Mountains and the Gran Sasso.
Torre di Palme originates from the Picenian city of Palma, founded in the 6th century BC and later conquered by the Romans. The small medieval village, situated on a panoramic high point, enjoys a magnificent view of the sea. The charm of the alleyways, the medieval churches, the facades of the houses decorated with beautiful flowers, the restaurants with sea views and the panoramic views of the Marche hills make it one of the most beautiful villages in the region. "

MONUMENTS OF RELIGIOUS ARCHITECTURE FROM THE MEDIEVAL PERIOD

The Abbey of Chiaravalle di Fiastra, located within the nature reserve of the same name, is one of the best preserved Cistercian abbeys in Italy. Worth seeing are the chapter house, the caves, the cellars, the refectory of the converts with the columns and capitals recovered from the remains of the nearby Roman city of URBS SALVIA, now an archaeological area. A city of Picenian origin, like many others in the Marche region, Tolentino was a Roman municipality and a powerful town in the Middle Ages. It is located halfway between the sea and the high Sibillini Mountains. It has a historic centre rich in monuments and churches, including the magnificent Basilica of San Nicola, rich in 14th-century frescoes. An embattled city wall, a beautiful Renaissance-style square, overlooked by the peculiar 'Clock Tower'. Napoleon Bonaparte signed the famous 'Peace of Tolentino' here at the end of the 18th century. San Severino, a town with a vast artistic heritage divided into two nuclei: the Castle, on top of the Montenero hill and the Borgo, which developed further down from the 13th century. The heart of the town is the vast and beautiful Piazza del Popolo. It is pleasant to stroll through the alleyways and admire the medieval buildings, the city walls, the monasteries and the Romanesque churches, with frescoes by the famous Salimbeni brothers from the end of the 15th century.

For those who are interested not only in the language but also in the italian ""way of living"", Centro Culturale Conero offers an excellent way to combine language learning with a chance to explore the delights of Mediterranean cooking; rich in seafood, pasta, fresh vegetables, olive oil and garlic! The traditional cooking of Le Marche is one of the most representative expressions of Mediterranean cooking. Our region, nestled between sea, hills and mountains provides a rich and varied environment for a wide range of local organic foods.
We organise simple hands-on cooking lessons, held by a typical Italian ""Mamma"". Learn firsthand how to make a complete Italian meal including delicious antipasti, primi piatti, secondi and dolci. With your new found knowledge, you'll be able to impress your friends and family back home!
After your hard work in the kitchen, you’ll get to appreciate your efforts with fellow students and teachers over lunch or dinner in a friendly and familiar atmosphere. This course is designed for enthusiastic amateurs and anyone who appreciates food, wine and cooking!
* The cook / cook generally speaks only Italian. Absolute beginner students in Italian who require the presence of an interpreter will have to pay extra.